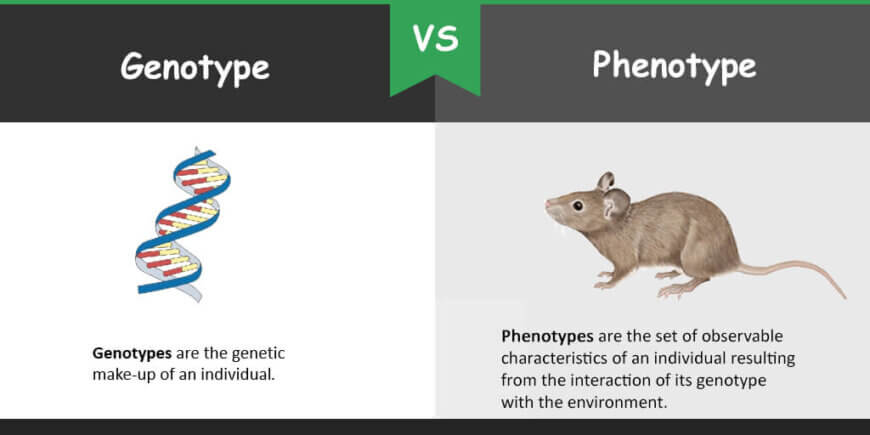 Determining the relationship between genotype and phenotype is very important in the research fields of biology. How genes code for specific proteins that make cells, tissues and organs of the body that leads to phenotype of an individual. One important research area is the pharmacogenomics in which it is determined that how different people respond to the same drug differently. For example, liver enzymes which are required for drug metabolism are prone to genetic variations. So an individual’s phenotype, their ability to metabolize a particular drug, may change from person to person because of different enzyme encoding gene they have. For physicians, geneticists and pharmaceutical companies the knowledge of genetic variation is very important for determining prescribed dose across populations.

In biology, a gene is a part of DNA that encodes a particular characteristic. The correct arrangement of nucleotides in a gene can be different between copies of the same gene. Each nucleotide is composed of a phosphate group, sugar and a base. Because of nucleotide differences, a gene can be present in different forms across organisms. These different types are called alleles.

Genes are located on the chromosomes and the fixed position of the gene on the chromosomes is called locus. A diploid organism either inherits two copies of the same allele or one copy of two different alleles from parents. If an organism inherits two same alleles, genotype is said to be homozygous. If an individual possesses two different alleles, genotype is called heterozygous for that locus. Alleles of the same gene are will be dominant or recessive. A dominant allele always expresses its traits. So genotype is of three types; homozygous dominant, heterozygous and homozygous recessive. All the alleles’ combination that an individual possesses is called genotype.

Techniques of observing genotype are very complex. Biological assays are used for the determination of genotype. The genetic data obtained from an individual has been compared with the data of another individual’s genetic sequence. Now technological advances have made easier to get full sequences of genotype which can be obtained partially previously. Whole-genome sequencing (WGS) allows whole sequence to be obtained. This is an efficient and affordable process. High throughput sequencing techniques are used in WGS such as single-molecule real-time to recognize nucleotide of an organism’s DNA. But this is not the single method to obtain the genotype of an individual. Other methods are PCR, DNA microassay, Allele-specific Oligonucleotide Probes, DNA hybridization.

A gene expresses its trait or characteristic in an individual and sometimes does not show in another individual. An example based on a variation of the individual’s response due to genotype difference towards the anti-leukemic drug, 6-mercaptopurine. People usually metabolize this drug rapidly. But some people possess genetic variation for the enzyme thiopurine methyltransferase so they do not show response towards this drug rapidly. As a result, they need lower doses of anti-leukemic drugs for better treatment and normal dose proves lethal for them.

Phenotype also influenced the genotype. Besides genotype, phenotype is also influenced by epigenetic modification and environmental and lifestyle factors. Nutrition, humidity, temperature and stress are the environmental factors that influence the phenotype. Genes of an individual control the amount and type of melanin pigment which is responsible for the color of skin but exposure to sunlight increases the production of melanin which is called melanogenesis and thus darker the skin more.

Phenotype observation is very simple. One can observe an individual’s features and characteristics and give reviews about them. Hair color, eye color, height, the sound of an individual, size of a bird beak are all examples of phenotype.

Key Differences between Genotype and Phenotype