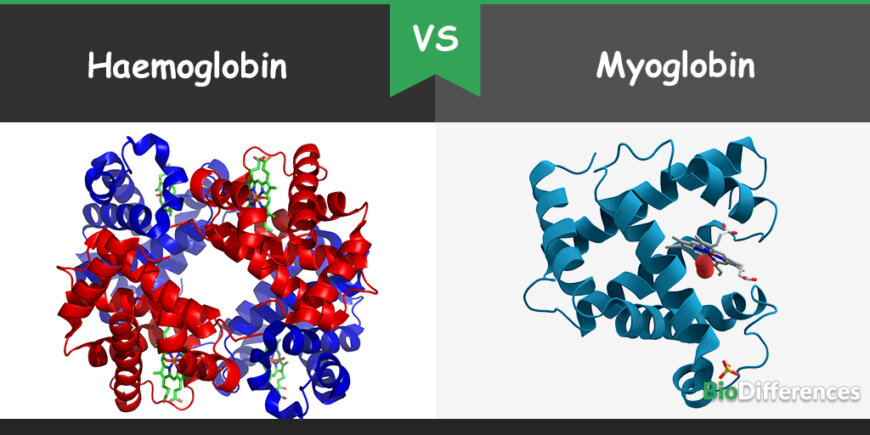 Hemoglobin (Hb) is the heme protein found in RBCs carrying oxygen from the lungs to the  tissues of the body and returns  back carbon dioxide from the tissue back to the lungs. It is a well-known oxygen-carrying pigment and a vital part of sustaining life.

Hb has less affinity for binding oxygen and its concentration is higher in red blood cells (RBCs). So, when oxygen combines to the first subunit of hemoglobin, it converts into the quaternary structure of the protein and makes it easier for other molecules’ binding.

There must be a standard level of hemoglobin concentration in the body, which may range widely according to the age and sex of the person. When the level of the Hb in RBCs is low, the anemic condition starts.

Hemoglobin has a heme group, which is a protein and presents noncovalently. The difference lies in the part of globin t that has a different arrangement of amino acids in different animals. Heme is present as central iron and hook up with four pyrrole rings. The iron is in the ferric ion form, while the pyrrole rings are attached by methylene bridges.

Globin is the protein part that is a dimer of the heterodimer, which means proteins molecules are connected with two alpha, two beta, delta, gamma, or epsilon chains. Types of globulin chains depend on the type of hemoglobin. The globulin chain has a porphyrin compound throughout the body.

Hemoglobin is of following types:

It performs the following functions:

Myoglobin is a type of heme protein serving as an intracellular storage site for oxygen. During the deficiency of oxygen, the bound oxygen known as oxymyoglobin is released from its bound form and is used for other metabolic purposes.

The structure of myoglobin is similar to the structure of hemoglobin, but it contains non-helical regions from A through H, which is right-handed alpha helices and 8 in number.

Myoglobin also has a protein called heme, which has iron and gives a red and brown color to the proteins. It exists in the secondary structure of the protein, having a linear chain of amino acids. It consists of one subunit of alpha helices and beta sheets and the presence of hydrogen bond marked its stabilization.

Myoglobin helps in the transportation and storage of oxygen in muscle cells, which aids during the working of muscles by providing energy. The binding of oxygen is very tightly with myoglobin because venous blood combines more firmly than hemoglobin.

Myoglobin is usually found in muscles, which is useful for the organism during a shortage of oxygen. Whales and seals consist of a high amount of myoglobin. The efficiency of supplying oxygen is less than hemoglobin.

It performs the following functions:

In conclusion, hemoglobin and myoglobin are both hemeproteins whose physiological importance is because of their ability to bind and transport of molecular oxygen. Both are different from each other in the number of chains, structures, and functions.