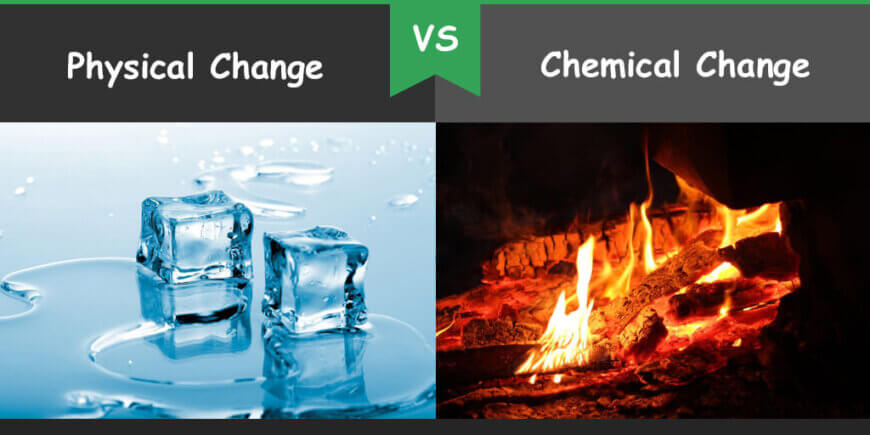 What is Physical Change?

The reaction or change in which one form of a substance switch into another form without altering its chemical composition or properties is called physical change. It can be explained by taking an example of the everyday life of a sheet of paper. When the sheet of paper is torn into pieces, the paper just alters its shape and size but other properties remain the same. Another most common example is the transformation of water into water vapors or ice or melting of ice. All are forms of water with similar chemical properties. So the change in size, texture, and shape is called physical change.

Physical changes are usually reversible and temporary. Matters are interconvertible from one state to another state like solid, liquid or gas. Ice can be melted into liquid or water and then water can also be converted into ice by giving low temperatures. In a physical change, no or little energy change occurs.

What is Chemical Change?