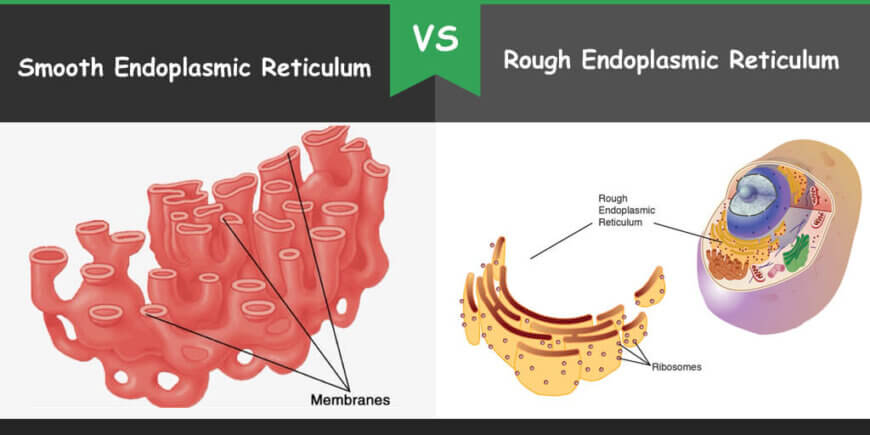 The endoplasmic reticulum is membrane-bounded organelle and made up of cisternae and tubules which are network-like structures. It works for the chemicals needed by the cells for their inner and outer environments. It produces, sorts and transports these chemicals and stores some of these chemicals such as proteins and lipids. It has cavities which occupy a significant space in the cytosol with the internal space lumen. It has connected with the nuclear membrane as well as with the cytosol by forming a connecting bridge between them.

What is Smooth Endoplasmic Reticulum?

What is Rough Endoplasmic Reticulum?

The main role of the RER is the synthesis and transportation of the proteins to the other parts of the cells. It also does the modification of proteins. It synthesizes and transport antibodies, insulin, mucin, collagen, blood clotting factors, enzymes, and other important proteinaceous substances in cells such as fibroblasts, goblet cells, hepatic cells, B lymphocytes, and pancreatic cells.